Joseph Dhafana – Eat Out Sommelier of the Year

On Monday 27 January 2020, Joseph Dhafana, the Zimbabwean head sommelier from La Colombe Restaurant situated outside Cape Town, gathered a group of friends and media to join him at the Royal Hotel in Riebeek Kasteel, to celebrate. The cause for celebration? His recent win of the Eat Out Mercedes-Benz wine service award. Riebeek Kasteel in the Swartland, about an hour out of Cape Town was a fitting location, as Dhafana’s journey in wine began here. First working as a gardener and handyman, he eventually found himself at the Royal Hotel where a combination of hard work and talent, training and some luck had him eventually train in wine at the hotel’s restaurant. 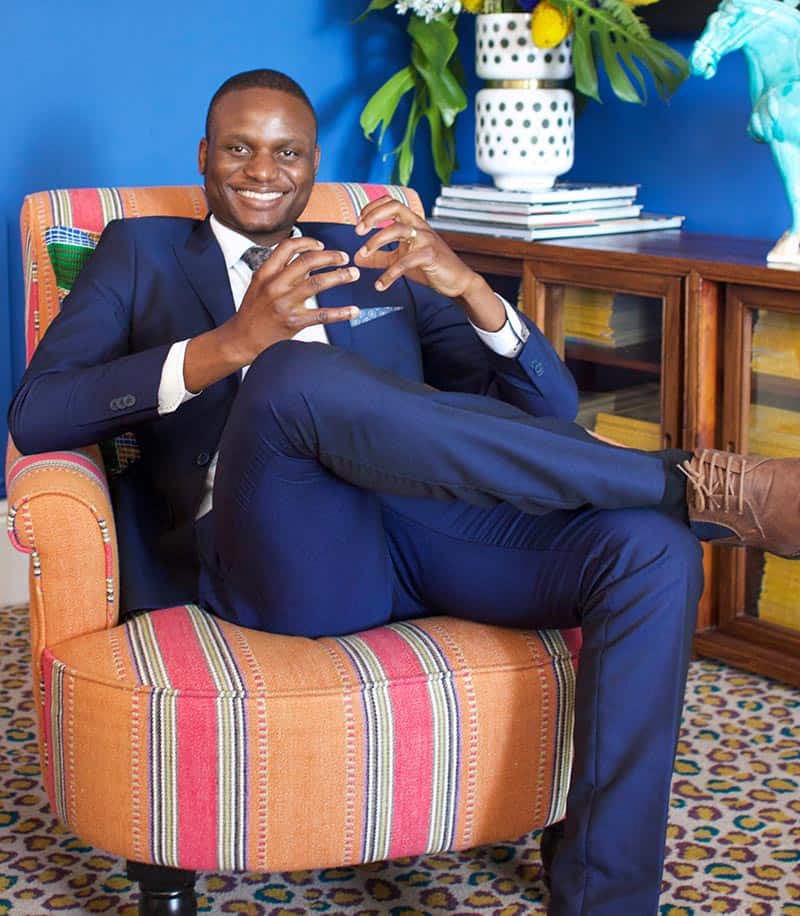 Dhafana’s story is well known, and is beautifully summarised by his media team:

“…a young boy from Zimbabwe, largely excluded from family privilege managed to change the trajectory of his life from the legacy of labouring on the family’s rural farm to being lauded as an internationally celebrated sommelier, wine judge and custodian of his own successful wine label, Mosi Wines.

Meet Joseph Tongai Dhafana (36) in person and a special type of light emanates from his presence. He is a captain of his craft. A man who is powering through life. A life from humble beginnings which started with a barefoot 15km walk to school followed by fieldwork and one simple meal a day.

Young adulthood was as challenging; a series of ‘in-the-meantime’ jobs to refugee status in South Africa, where he battled thieves to survive on the streets of Johannesburg at night, followed by long, slow days of menial labour; his only mainstay being his young wife, his will and an undying commitment to progress and a life worth living.

These defining moments delivered Dhafana to the night of his 27 th birthday and the 2010 Soccer World Cup season where his then employer at Bar Bar Black Sheep Restaurant offered him his first taste of fermented grape, a glass of Riebeek Pieter Cruythoff Brut to celebrate. “I didn’t like it at all the first time I drank bubbly,” says Dhafana, “but that same month I was promoted from dishwasher to barman.

Joseph’s grounded dignity and quiet sensitivity are immediately apparent when you meet him. Despite 15-hour days juggling his wine label, a career as Sommelier at La Colombe, calls to judge wines while raising a 14-year old son with his wife Amelia Chakamba from his home in Brooklyn, Cape Town, with Dhafana, you will find, there is always time.” 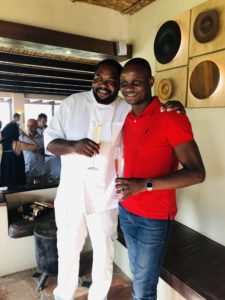 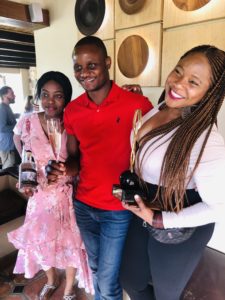 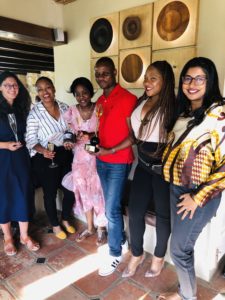 Ishay Govender-Ypma (SAPOC) on the right

Sipping on berry-flecked gin and tonics and a 2018 Chenin with friends, both from his Mosi brand, a label based on Zimbabwe’s Victoria Falls, known as ‘Mosi-o-Tunya’ or ‘Smoke that Thunders’ (“It’s the umbilical cord which connects me to Zimbabwe.”), Dhafana shared his upcoming plans. A combination of international work travel for educational purposes to continued charitable works including auctions and dinners to aid awareness about the plight of child brides are on the cards for him.

Previously, auctions of his Mosi wines have benefitted renovations to local schools and the provision of food for orphans. In Zimbabwe, Dhafana has supported the M Hugo School for the Blind, assisted with a photocopier machine for Taringana Secondary School in Chirumhanzu and provided with living essentials to 37 rural village families who were left destitute by the floods which affected northern Zimbabwe and Mozambique.

Asked what his goals were for the coming year, Dhafana answered briefly indicating that he and Amelia, his wife, would like to continue the urgent work of empowering communities. 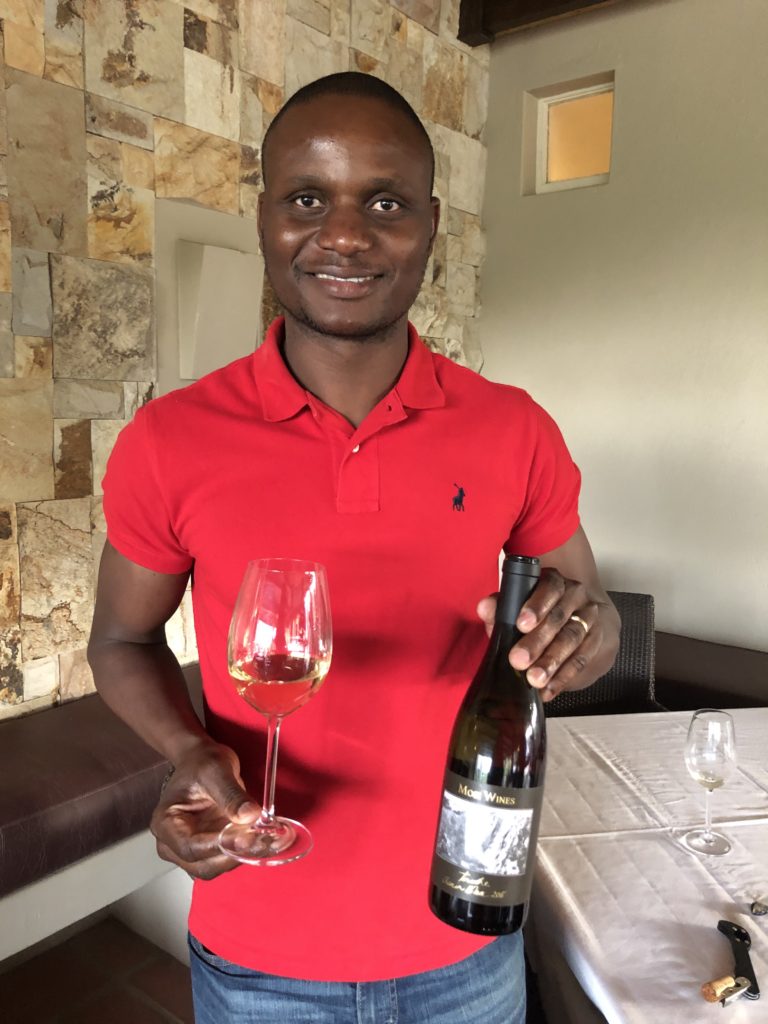