On Sunday, 17 November at the 21st Eat Out restaurant awards, SAPOC was awarded the inaugural “game changer” award. This came as a surprise to us and we are delighted. We are awaiting some feedback from Eat Out regarding what merited the award and what we can do to empower the next potential receiver of this award. In my absence as the founder, chefs Amanda Manyatshe and Lufundo Sinthumule attended to represent SAPOC. The following is a write-up by Amanda. 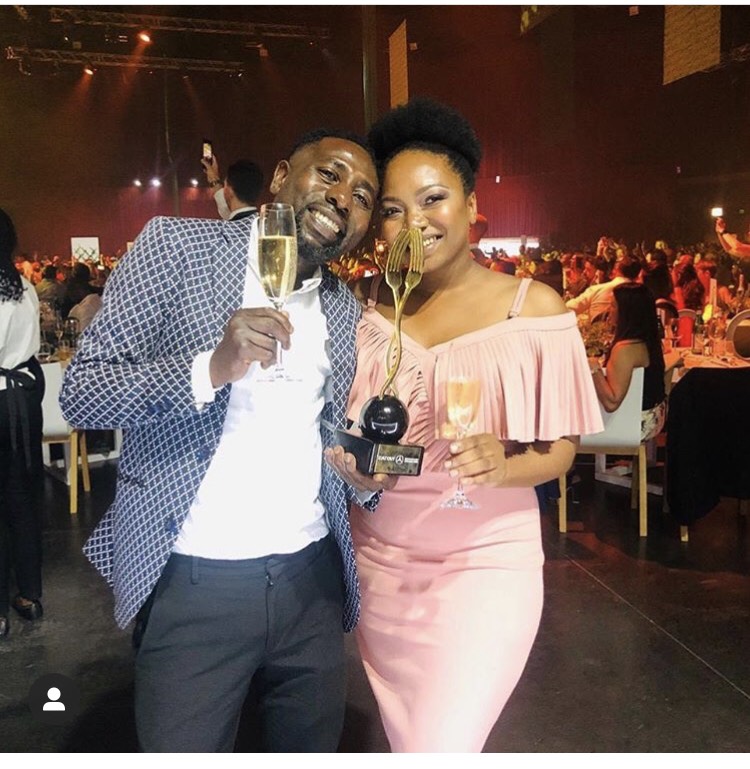 celebrating at Eat Out awards

On Sunday  17 November 2019, SA POC made its first official appearance at the 21st Eat Out Awards. With some of our members nominated for awards, we felt it only right that we go and support them, show them love, shout and clap the loudest for them. What a wonderful feeling it was to see and hear the support they received from some members in the 750 strong crowd.

It was an absolutely iconic moment when M’am Dorah Sitole was called up to receive the Eat Out Irna van Zyl Food Media Icon Award. It has been a long time coming and we are so happy that her work, passion and decades of input have been recognised in such a wonderful way.

Katlego Mlambo rose to the top and got the Eat Out Nederburg Rising Star award. For most of the night, he wasn’t at the table with us because he was hard at work making sure his dishes lived up to the vision he had for the grand garden party theme. His starter did not disappoint at all.

And then there was Joseph Dhafana from La Colombe. He won the Eat Out Wine Service Award. He came to SA as a refugee and was a gardener trying to make ends meet – to then achieve such greatness in six years of his career is an outstanding achievement on its own. Joseph embodies the hopes and dreams of many and carries a strong message: never give up on your dreams despite your circumstances.

Between the awards and the 8 courses we were treated to, we had short intervals which allowed for mingling with the other guests. SA POC had a presence as many of our Cape Town-based members were there and some also flew in for the awards.

Many conversations were had with new friends, members and allies as well. Transformation in the industry was on people’s minds – has there been enough done to show diversity in our industry? Is space being made at the table for people of colour? Is there enough representation? What will it take for there to be a change and for us to see more people of colour featured and nominated for these awards?

To then be awarded the Eat Out Bridget McCarney Game Changer Award was completely unexpected. But also showed that, little by little, there is a change coming. There was a new hope in the air that fences will come down and indeed signs of actual transformation will be visible. For an organisation so young, this is a great achievement. Not for just SA POC but all involved. After all: umuntu ngumuntu ngabantu. 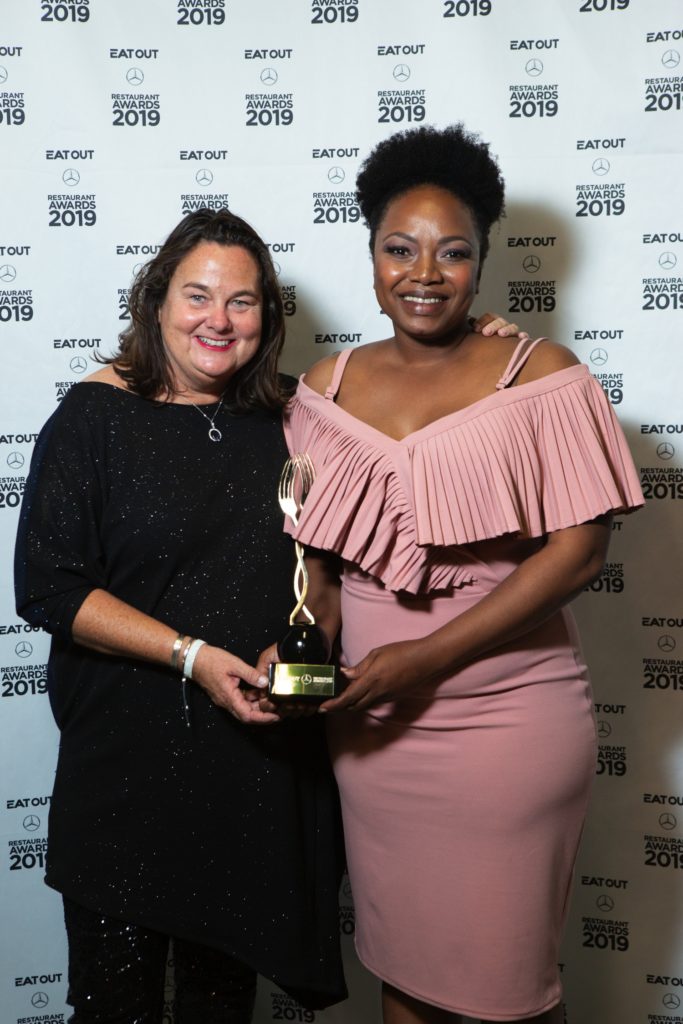 Amanda accepting the Game Changer award on behalf of SAPOC

We celebrated the stars of the night, received news of Eat Out opening a school for young chef potentials (which will undoubtedly help those who may never have had the chance to pursue their culinary dreams), got the amazing Game Changer award which signified that we have been seen and heard, had thought-provoking conversations, gained new allies and respect from those who didn’t know who we were before but now have a better understanding of what we are trying to achieve.

The acknowledgement of our vision and the change we are pursuing is a major step in the fostering of a space for intersectional collaboration. By continuing to grow and nurture each other, inspire, share knowledge, experiences and opportunities, we will continue to empower one another as more space is made for us at the table.

This is only the beginning. 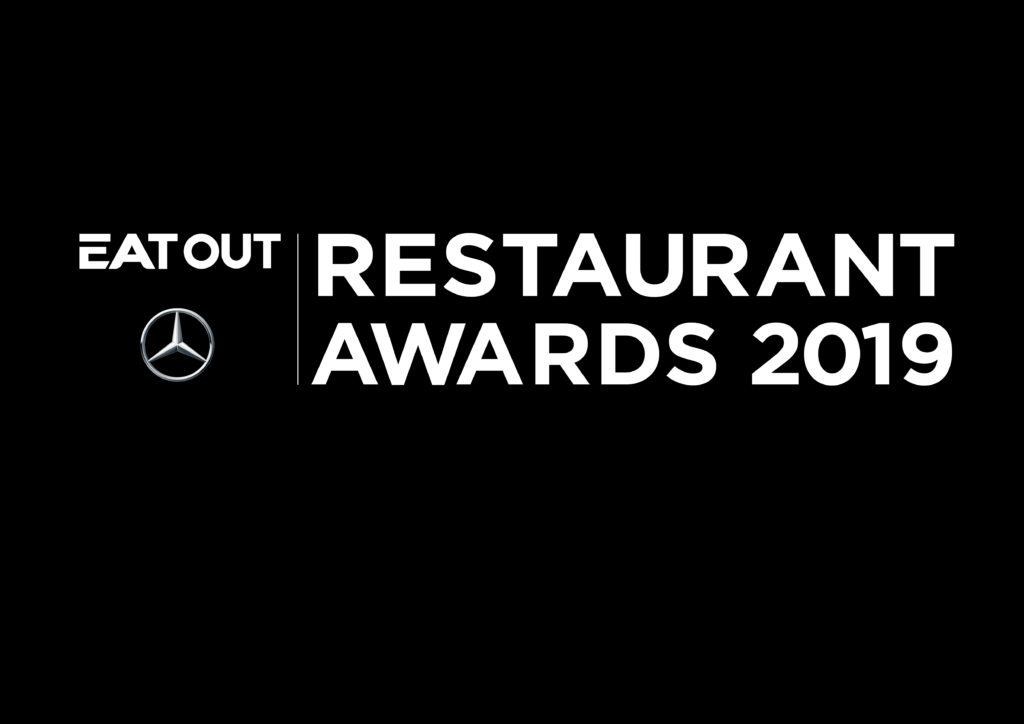 Disclaimer: Ishay Govender-Ypma was on the broader panel of judges from 2011 until two years ago, calling for Eat Out to address transformation – within the industry and how merit is recognised and from a writer’s perspective, how reviewers and voters are educated and trained. This remains an unfinished conversation.