A Tale of Two Chefs

Cass Abrahams and Andre Hill both cook and reference Cape Malay cuisine, in different ways and the perspective of different times

Here’s a brief introduction to two chefs who are contributing to the South African culinary landscape with roots tied to the Cape Malay community in some way, but with vastly differing approaches. Cass Abrahams is a revolutionary giant who has dedicated her career to making sure that indigenous cuisine is rightfully centred in South African cooking. While she is well known for her Cape Malay recipes she once famously served umnqusho at Galeries Lafayette Gourmet in Paris. Having survived the dignities of apartheid and achieved all the accolades she deserved in a democratic South Africa, Cass is still working as hard as ever but determined to pass the baton on to the younger generations to ensure that they fulfil the dream of truly decolonised kitchens and restaurants.

For New Frame, Cass is quoted saying: “I don’t know if I have left a legacy, what I do know is I have brought people together. I used to make that my mission to speak to as many women’s groups as possible, across the colour line, the language line, in townships and suburbs alike.”

You can read more detailed reports about Cass here and here. 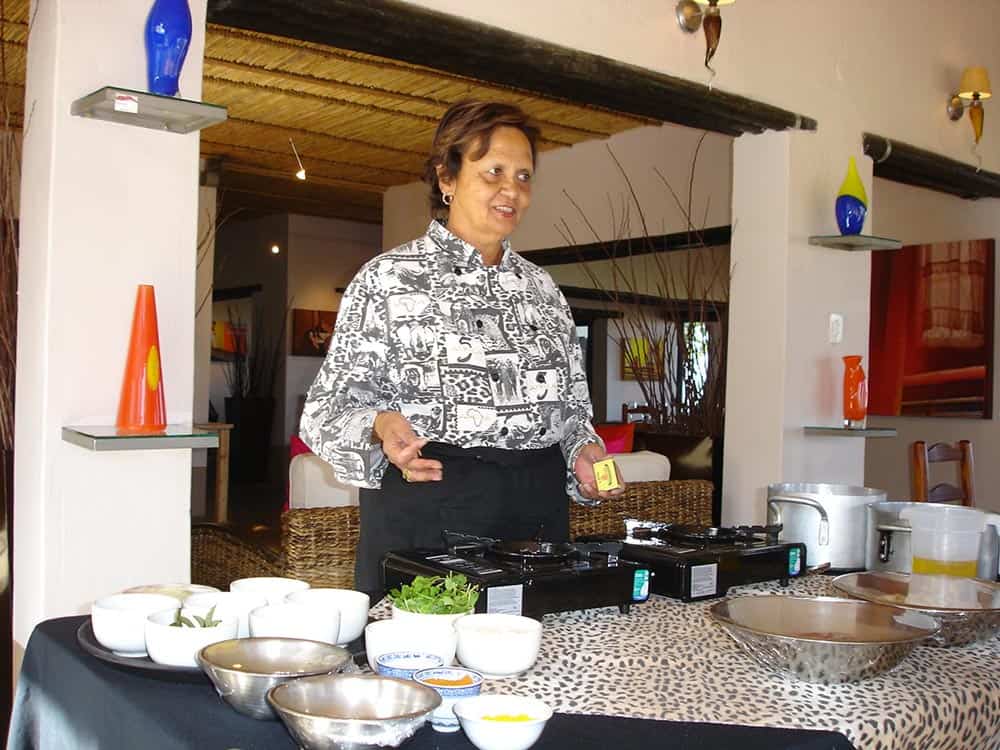 Andre Hill rose through the ranks at La Mouette in Sea Point under chef Henry Vigar. When the time was right he decided to strike out by opening Upper Bloem in Green Point with Henry as Chef Patron. The many delights that come out of the kitchen are tasty, beautifully plated and authentic without being derivative or dipping into appropriation. Business Day Wanted elaborates on his background: “Hill’s family home was in Upper Bloem Street in the Bo-Kaap, so his menu gives a nod to childhood food memories as a non-Muslim, mixed-race South African.”

One of Andre’s most endearing qualities is how he refuses to hog the limelight and constantly emphasises that everything is only possible because of communal work done by the team. He takes pride in giving POC youngsters a chance to flourish and says he hopes all of them go on to open their own restaurants. One of his long term goals is to open an affordable culinary school in the Cape Flats. While waiting for that he quietly helps behind the scenes in various capacities when asked to.

You can read more about Andre here.

Two different chefs at different spaces in their career trajectories but both dedicated to centering POC in the food industry. It’s beautiful to watch.